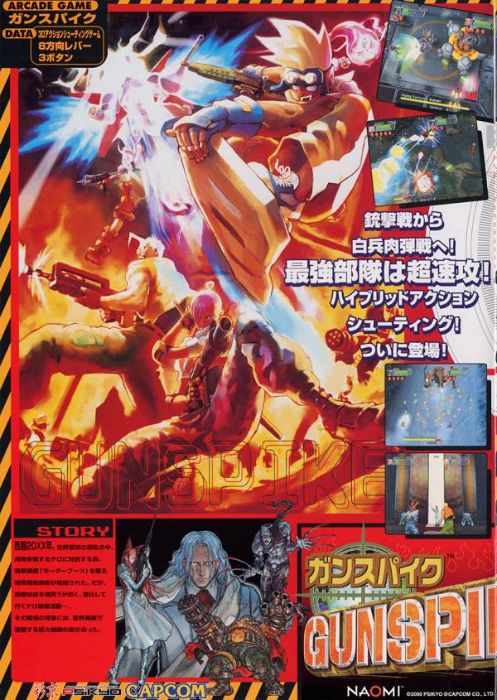 Originally an arcade game, this shooter was converted and is now found on the Dreamcast. Somewhat similar in style to Smash T.V. in gameplay, you do battle in ten levels, containing two to four areas each.

Players can choose from a variety of characters including Mega man (or Rockman) from the Mega man series, Knight Arthur from Ghost 'N' Goblins series, Charlie and Cammy, both from Street Fighter series and B. B. Hood from Darkstalkers as well as two original characters: Shiba and Simone.