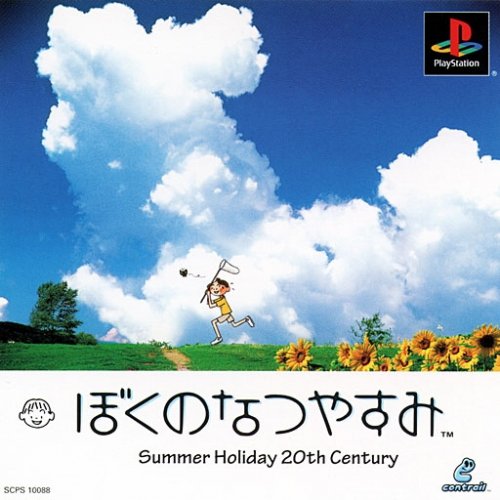 Boku no Natsuyasumi ("My Summer Vacation") is a video game developed by Millennium Kitchen and published by Sony Computer Entertainment for the PlayStation. It is part of the popular Boku no Natsuyasumi series and was released in Japan on June 22, 2000.

The game revolves around Boku, a 9-year-old boy sent to his aunt and uncle in Japan's wooded countryside and the daily adventures he encounters there. Boku is there because his Mother is in her final month of pregnancy. The player controls him for the 31 days of August 1975 (In Japan, a Summer Vacation, called natsuyasumi last for one month). You explore the game's area and can catch bugs and pit them against each other, collect bottle caps, fly a kite, or just relax.