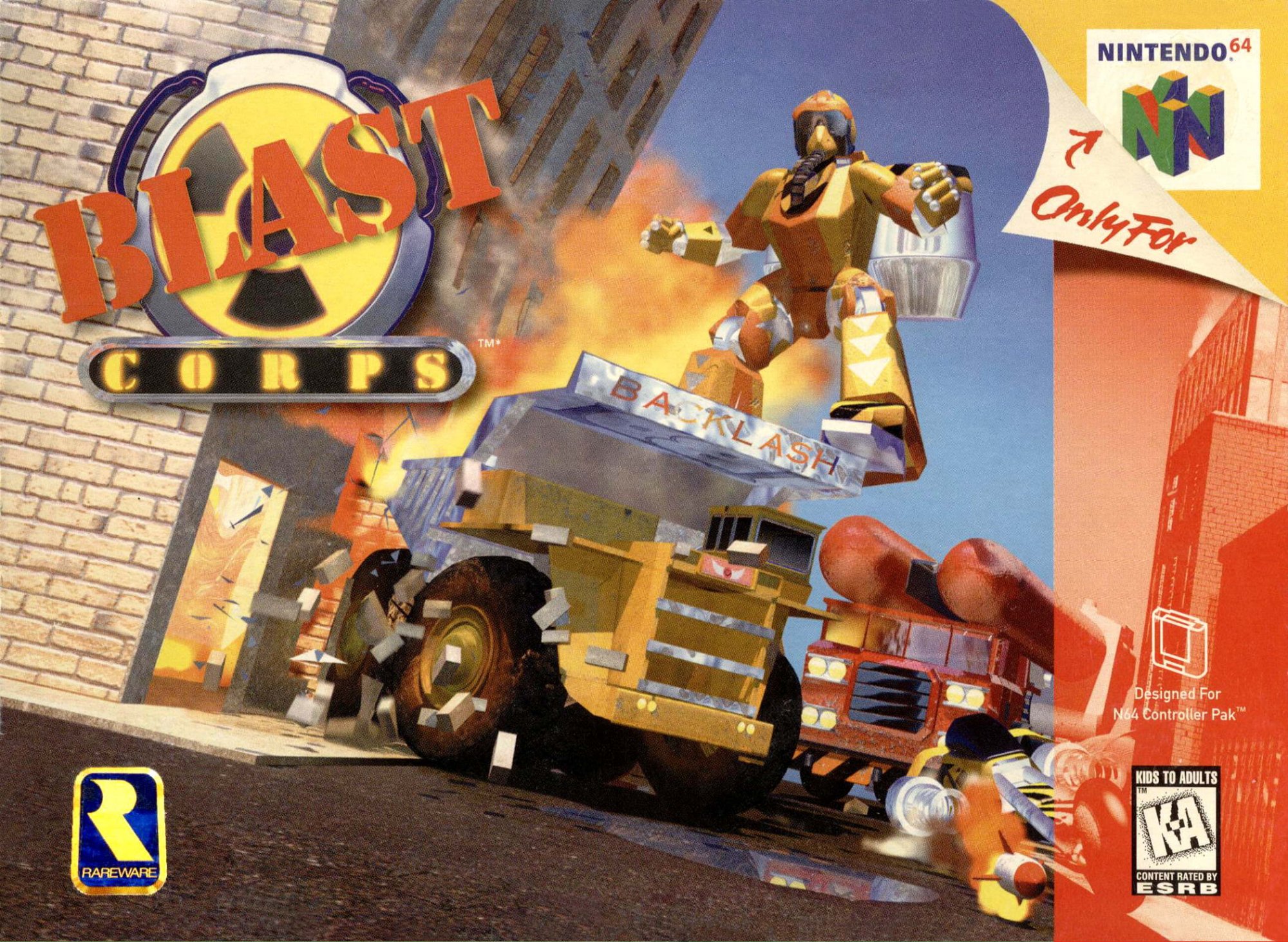 By GambierBae : September 11
Get out of the way! A nuclear missile carrier is out of control on a one way-set path, and unless that path is cleared, it will explode as soon as it makes contact with anything, destroying the world. It is up to you to clear the path so that nothing gets in the way of the Carrier.

Blast Corps is a mix of an action and a puzzle game where destruction is key. At the start of each level the player is given a certain vehicle (ranging from robotic suits to trucks or bulldozers), and are told to clear the path for the Carrier. Players need to use their heavy-duty equipment to destroy any buildings, structures, or monuments that stand in the path of the Carrier. The difficulty increases as progress is made, though. Smaller vehicles don't affect certain buildings, and sometimes it's not even a building that's in the way. The player must use the resources around them to clear the path. Players may need a train flatbed to fill a gap, or a crane to move boxes out of the way. The Carrier is always moving, so once the player is done destroying one obstruction, they must get to the next one quickly. While players pursue their mission they must also find six scientists scattered throughout the globe to form a think-tank to solve the problem. The Carrier has to leave Earth, and it's your job to ensure that it will!

Blast Corps features secrets to find. Besides clearing each path for the Carrier, players can go back to a level once it has been completed to take their time and explore. To fully complete a level, players must also find RDUs (Radiation Dispersal Units), which light up on the ground when the player is in close proximity to them, as well as destroy all of the buildings, rescue all of the homeless civilians, which is done by the T-chopper that accompanies the player on every mission. There are also dozens of secret time trial levels that can be found by activating special satellite dishes hidden throughout the levels. If the player manages to get all of the secrets in a level they receive a second medal, and once all of the gold medals are found the developers have a tiny message for them...

Version 1.0: The original version of the game. The Z-trick is only possible in this version, so it is ideal for speedrunning.

Version 1.1 (Rev A): The updated English version that patched the Z-trick, making it very bad for speedruns. Other than that, it is the same as v1.0.
RichterB reacted to this