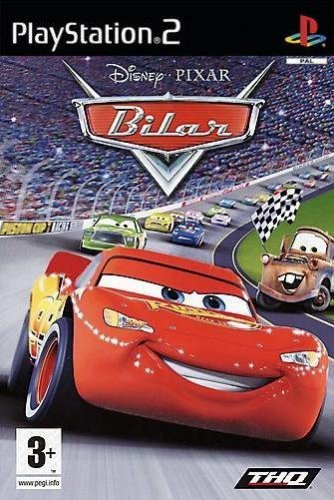 Cars is a racing game, based on the movie of the same name, that allows the player to explore the world of Radiator Springs and surrounding areas in an open world mission-based structure. The story revolved around racing rookie Lightning McQueen, who wants to become a famous racer and compete in the Piston Cup, the equivalent of NASCAR races. You can roam freely, talk to other characters and accept race challenges to advance the story.

There are over 20 Road Races to choose from in the Story Mode as well as 5 Piston Cup Races and additional mini-games. The player is awarded bonus points in the Story Mode that can be used to unlock bonus content material such as boost abilities, new racers (10 in total), new environments, and mini-games, such as an obstacle course or a military training event. The game also features an Arcade Menu that allows quick access to races unlocked from Story Mode as well as a VS. Mode where the player can compete head-to-head.