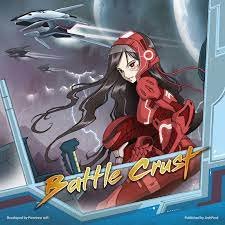 By ASCI : April 11
The fate of Earth depends on you!
A mechanical army from space plans to invade our planet with a destructive weapon: the “Metal Crust”. Get on board your ship and counter the invasion in this dynamic old school vertical shooter. Atomize your opponents with your loaded fire, also acting as a shield, your guns and battle drones. Collect various power-ups to defeat gigantic bosses and send the enemy back to the bottom of the galaxy.