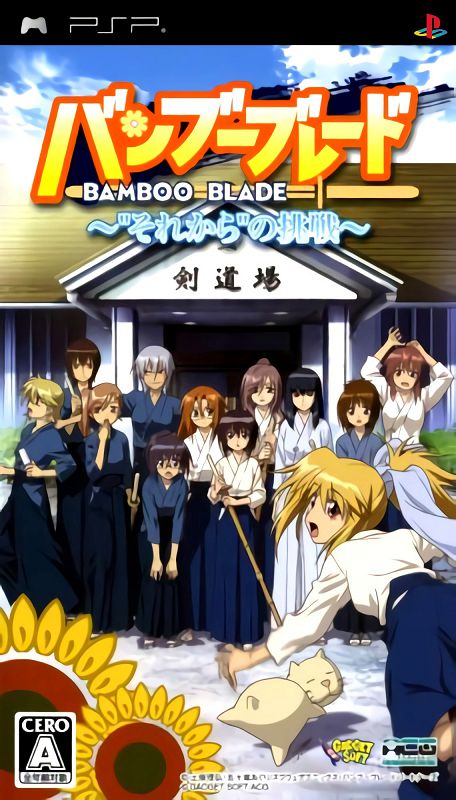 A PSP game based on the manga/anime Bamboo Blade. It features card battle-based kendo combat along with more traditional adventure game gameplay.

Anime fans rejoice: Toraji "Kojir?" Ishida and his fierce clan of fighters are coming to the PSP. Bamboo Blade, the popular manga series from the producers of Gun Sword, will see new life on Sony's handheld this April in Japan, according to Saiani.net. Bambo Blade follows the exploits of luckless high school Kendo instructor, Kojir?, and his band of female trainees as they battle for all-you-can-eat sushi. Oh, and honor.

Bamboo Blade: Sorekara no Chousen for the PSP is a story-driven card-battle title with voice work from the cast of the original anime, which ended in mid-2008. Card-battles? Bamboo? Does it get better than that? Well, it will if a publisher decides to bring it Stateside.