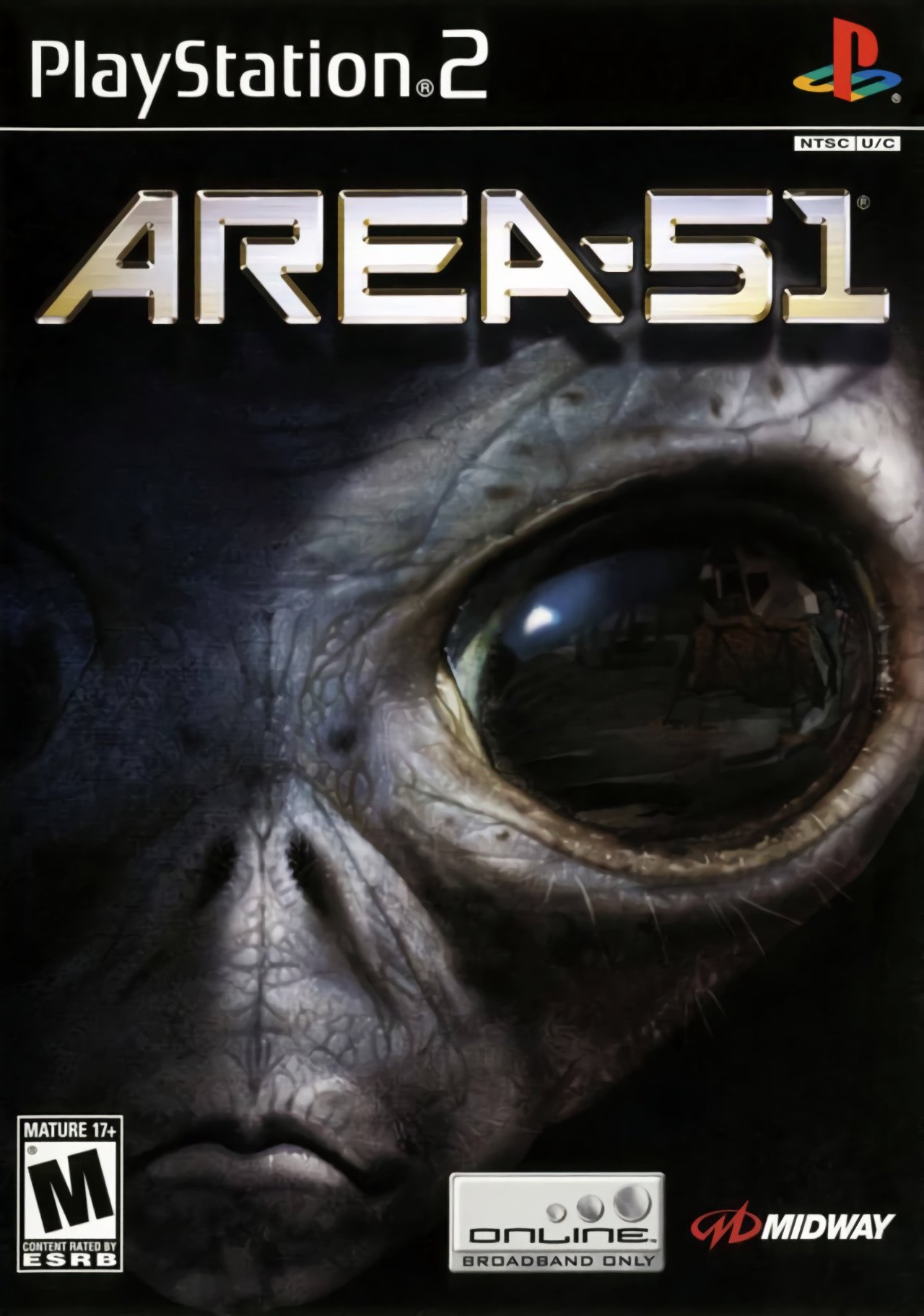 By Anonymous0 : December 2, 2020
Area 51, the urban legend, is a U.S. military-controlled base in the Nevada desert, apparently containing a secret aircraft testing facility. It is also famed as the subject of many UFO conspiracy theories. Area-51, the game, is a first-person shooter (FPS) set in this particular base, now infested with rampant aliens and a mutagenic virus that changes your character. As Ethan Cole, Special Forces, specialist in the HAZMAT (hazardous materials) Division, you have to discover what's going on inside the base and blast the menace to save the world. Your character races against time: the same virus that is mutating the facility personnel into monsters is also in his organism, slowly transforming him into an inhuman creature under the control of the alien masterminds.

The hero has access to more than ten types of human and alien weapons to fight the creatures. They are designed by Stan Winston Studios, monster creator for such films as Aliens, Jurassic Park and Predator. The weapons can be used in melee combat as well, and it's possible to switch to an alternate firing mode, in some cases with the downside that it consumes more ammo. Ethan can also use a scanner to investigate items of interest, documents, alien artifacts and residue. The information contributes to the backstory and is stored in the scanner's databank.

At a specific point in the game, you will gain the ability to mutate into a creature for a limited time. All monsters and humans are then highlighted by your thermal vision, and you can use claws in melee and shoot heat-seeking parasites. Staying in the mutant form consumes mutagen, which can then be replenished by draining infected corpses, killing enemies in melee or consuming special syringes with mutagen, as opposed to using normal medical syringes to restore health.

Area-51 has a two-player split-screen and an online multiplayer (for up to 16 players) component with several modes including Deathmatch, Team Deathmatch, Capture the Flag, Capture and Hold, and Infection. In Infection, all but one player start as normal healthy soldiers hunting one mutant player. The latter is able to create more mutants by killing opposing players, and thus infecting them.

To avoid graphic problems, if you have any, check the "Disable Depth Emulation" box in the Video settings of the emulator.