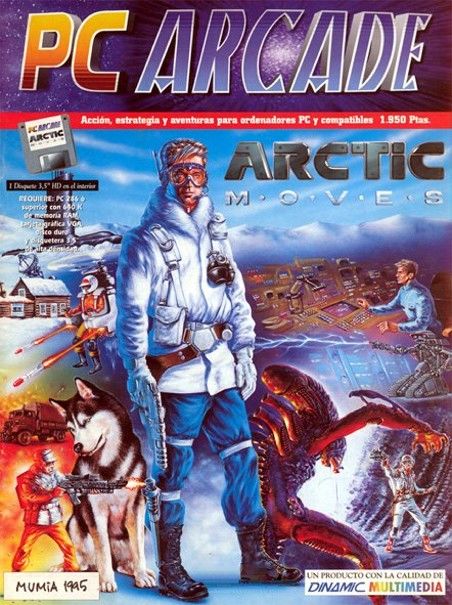 By RomStation : January 3
The message used our frequency, but it didn't come from any of our commanders. It couldn't be! After verifying its content, there was no room for doubt: a spaceship of our defense forces of the future had problems, but it had problems in our time. How was that possible?

The ship has been infiltrated by foreign forces and was going to crash in the Arctic zone, which was under enemy control. The question arose immediately -- Could they seize our technology of the future...? It can't be allowed!

Our best man must go into the enemy base to reach the rest of the ship and take off. Objective: to obtain our technology of the future. The mission doesn't seem easy. For that reason, it has been entrusted to Derdhal, who had already been victorious in dangerous missions in Army Moves and Navy Moves (with the same gaming style), demonstrating a deep knowledge of all the guerrilla techniques and expertise in handling computer networks. The U-92 submarine leads you to the enemy base. When you are above the frozen surface of the Arctic, there will be no return. Your first mission will start. Good Luck! You cannot fail.