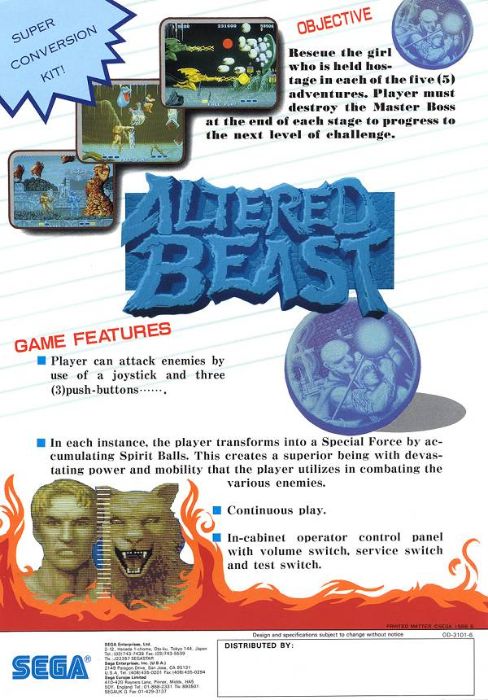 Zeus has called upon you! Only a brave and fearless warrior can save his beloved daughter, Athena, from the cunning clutches of Nelf, evil Lord of the Underworld. Risen from the grave, you are presented with supernatural powers beyond this world. Collect the mystical spirit balls and transform into an awesome array of creatures - as Strongman, punch and kick harder than ever before, as WereWolf and WereTiger, rip the flesh of the demons of hell, and as Bear, knock out your enemies with one bad breath! You hear the distant cries of the beautiful Athena and as the terrors of the Underworld tighten their grasp, the beast within you rises to face the final battle!
yaayaa and ArcadeFighter reacted to this