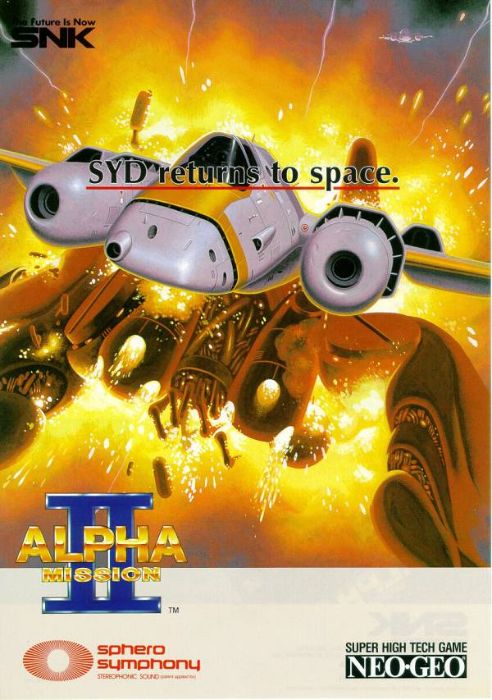 In the year 2525 space is again threatened. Only the legendary Super Jet Plane SYD can defeat the invading armada and destroy the Fulvalence Groma.

Alpha Mission II is a top-down, vertically-scrolling shooter and the sequel to Alpha Mission. When the game starts the player picks two armors for their SYD, and additional armors can be purchased at the end of each level. Armors add additional firepower to the ship while equipped, and will be destroyed when shot, saving the ship from one hit. The SYD's primary weapons, a straight ahead laser and falling bombs, can be upgraded from icons dropped by specific enemies. Similarly to Xevious ground targets can only be hit by bombs, while aerial targets can only be hit by lasers.