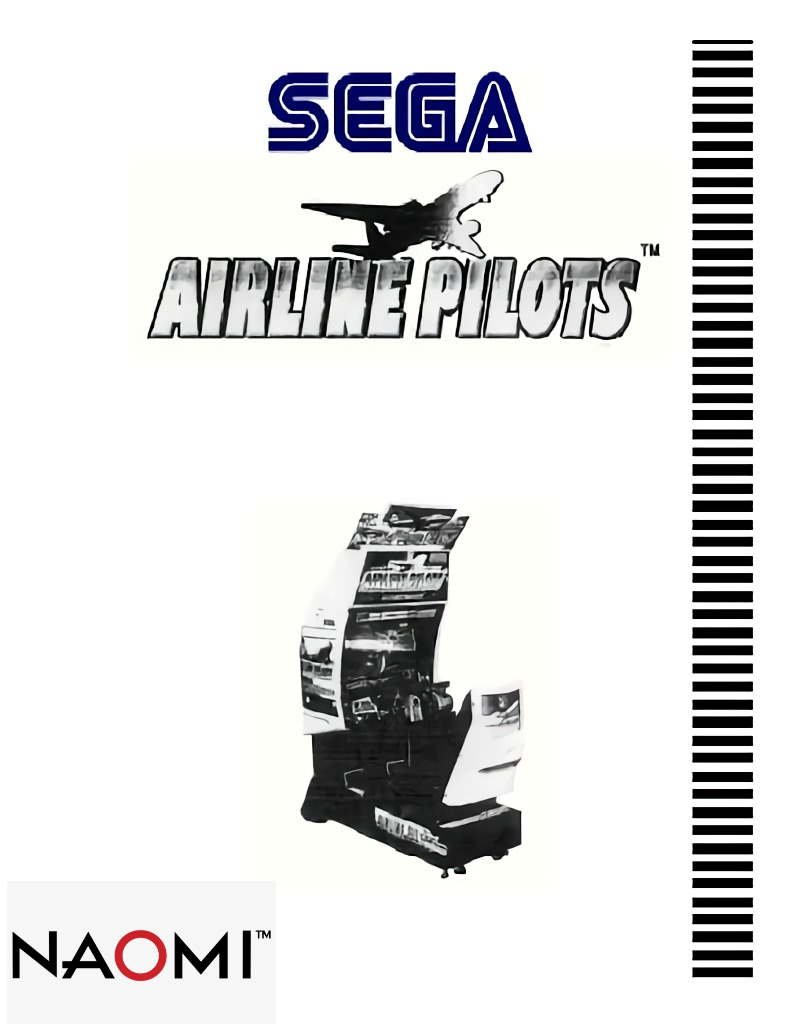 By GambierBae : June 5, 2020
Airline Pilots is a flight simulator released for Sega NAOMI arcade hardware in 1999. The game simulates flying a Boeing 777 aircraft, and was developed with the input of engineers and pilots from Japan Airlines. Two different cabinet models were manufactured. The default type is a typical sit down cabinet with one monitor, while the "DX type" cabinet features three side-by-side 29" monitors, which surround the player to create a "cockpit".

The extreme difficulty of "Airline Pilots", combined with a lack of interest in realistic flight simulators, led Sega to manufacture a conversion kit which allowed owners to convert the units into the more popular Sega Strike Fighter. As a result, Airline Pilots cabinets are relatively rare.

The game presents you with two choices – training or free flight. Training takes you through a series of basic tests aimed at testing your overall proficiency as a pilot. These range from simple takeoffs and banking manoeuvres to hazardous flying, with simulated engine failure and bad weather conditions. In this mode, most of the flight controls are not used, leaving the player to simply steer the aircraft with the flight stick.

In free flight mode, the game becomes much more like an actual simulator. The player must use the throttle control, flaps, undercarriage and pitch & yaw adjustments to fly the plane through a series of computer-generated rings. On-screen text and speech prompt players on when and how to use these controls. Each ring passed through adds time to the on-screen timer, which, upon reaching zero, ends the game.