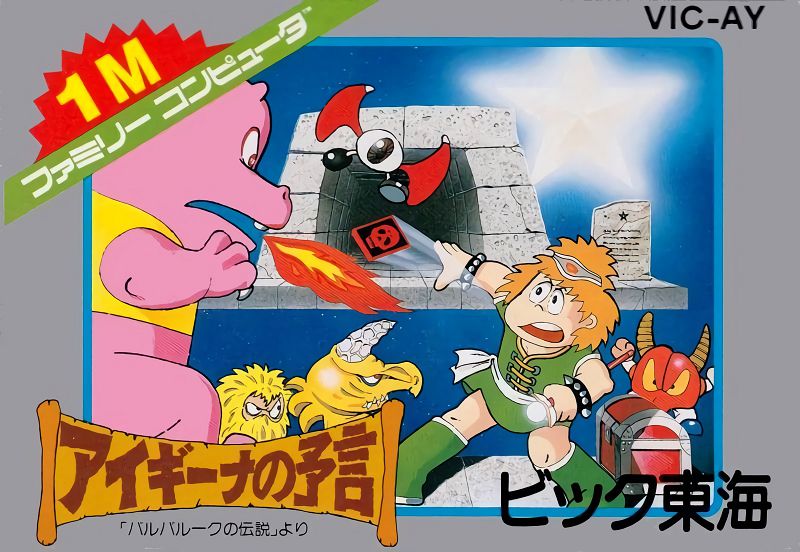 By TompouceGabriel : October 17, 2019
The Legend of Balubalouk tells of the Great Darkness that once plagued the Earth. Gods, guardians of the Earth, combined their powers, and sealed them in five stones. The Prophecy of Aigina says that once the Earth is threatened by the Darkness again, a brave warrior will raise, who will find the five stones and gain their power, aided by the spirit of Aigina. This brave warrior is you!

Aigina's Prophecy is an action game with puzzle elements, in which you travel on the world map viewed from top-down perspective, and descend into dungeons, which are platform levels. You must defeat your enemies by hitting bricks, revealing devices that shoot at your foes. You can also jump and open treasure chests to find various items.

Thanks to Psyklax for this translation.