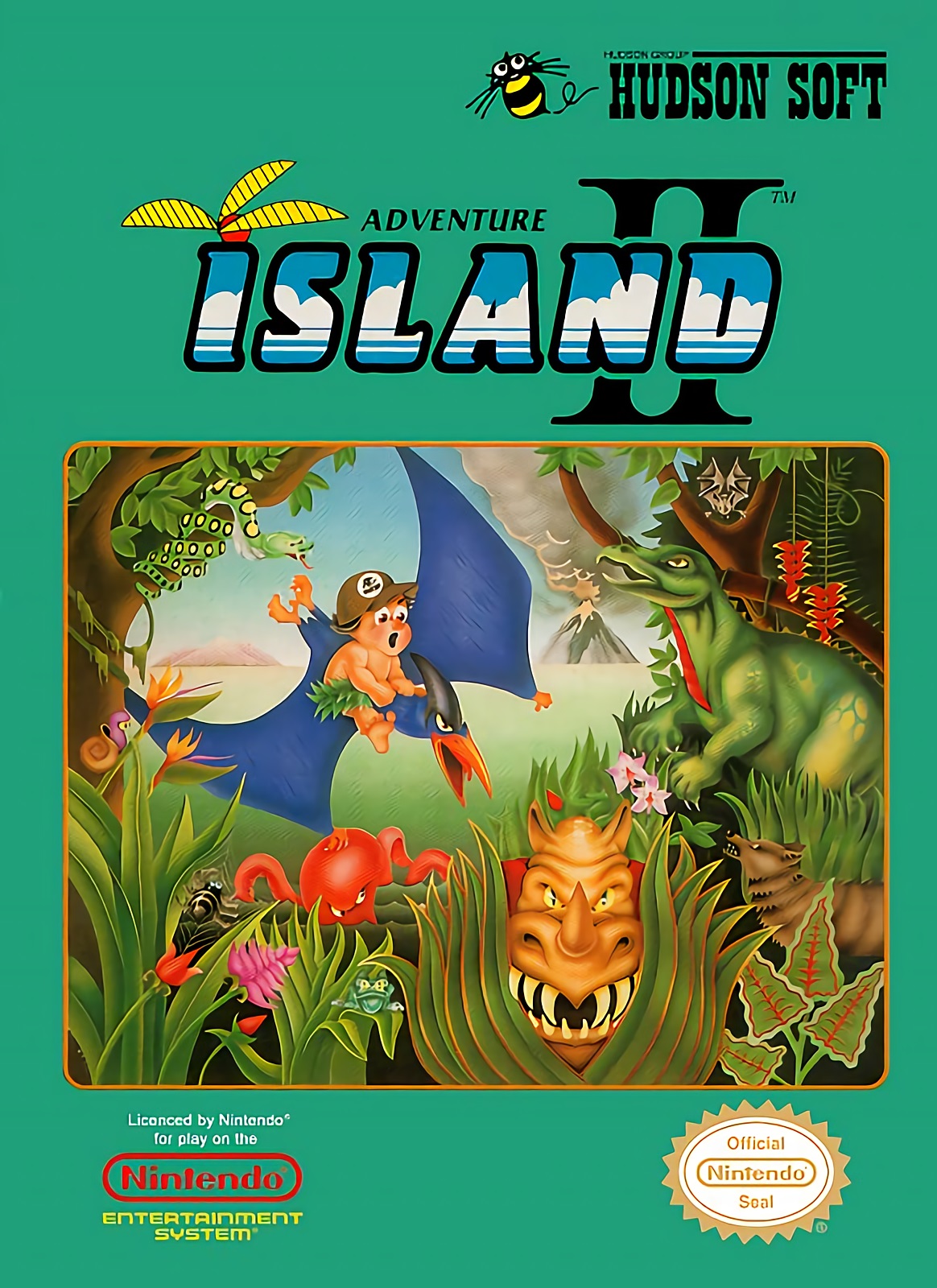 In Adventure Island II the player takes the role of Master Higgins who has to save his cavegirl from aliens which also want to dominate the Earth. The basic gameplay elements are the same as in its predecessor Adventure Island: Master Higgins walks through the levels while fighting against various enemies. One hit results in his untimely death unless he carries one of the various power ups, e.g. weapons or a skateboard which improves his speed. He also needs to collect food to fill up his steadily decreasing starvation bar - death awaits if it hits zero.

Thanks to Paladin Knights Translations for this translation.