77: Beyond the Milky Way 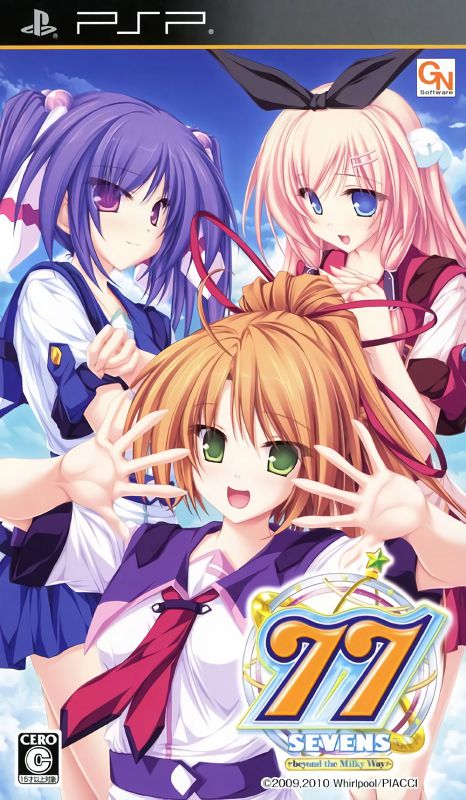 77: Beyond the Milky Way (read as "Sevens: Beyond the Milky Way") is a non-adult PlayStation Portable port from PC (Windows) adult visual novel game 77: And, Two Stars Meet Again. The story is adjusted to deal with the lack of adult scenes, and a compensation for that also includes lots of new contents such as bonus scenario, new graphics and CG events. Additionally, this release comes with a couple of other extras such as wallpapers for PSP handheld.

Sevens is a fantasy visual novel which takes place in the not-so-distant future on a school campus situated on a floating island in the Tokyo bay area. Every year, the school celebrates a "Star Waiting Festival", and this year, Shou Tsukishiro (月城 翔), the protagonist, has been selected to wear the ring of Altair. The students are divided into three groups... Knowledge, Power, and Fate, and from each group a girl is chosen to compete in contest, and the winning one will be enter a union with the guy wearing the ring. This just means our reluctant ring-wearer is in for a lot of restless and noisy days ahead of him.