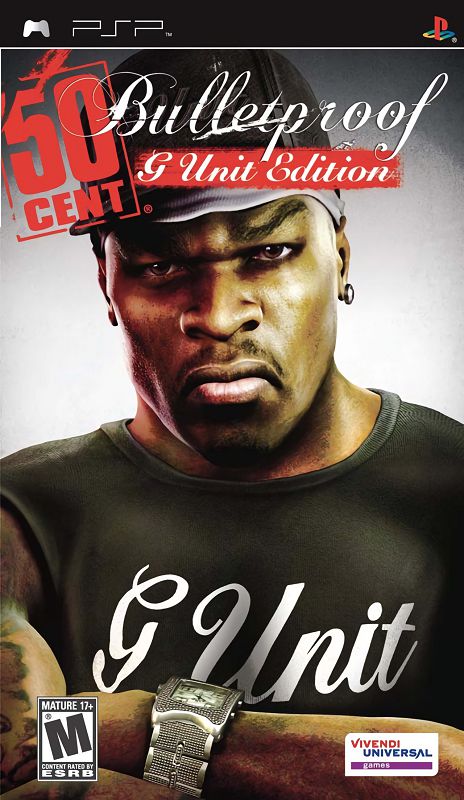 By TompouceGabriel : December 8, 2018
50 Cent Bulletproof: G Unit Edition is the PSP version of the console game 50 Cent: Bulletproof, and features the same story as the other versions. It does however, differ from the console versions by switching the third person perspective to a top down perspective. It also adds multiplayer via the PSP's ad-hoc wireless functionality.

The game revolves around you playing as Curtis "50 Cent" Jackson, as he and his crew sets about freeing his kidnapped friend, K-Dog. Helping you along is the rest of the G-unit, each of whom has a particular speciality that include a weapons expert, locksmith and demolitions expert that you will be able to put to use as you progress through the story. When not using their abilities, they will simply provide additional fire. It also features cameo appearances from Dr. Dre and Eminem.