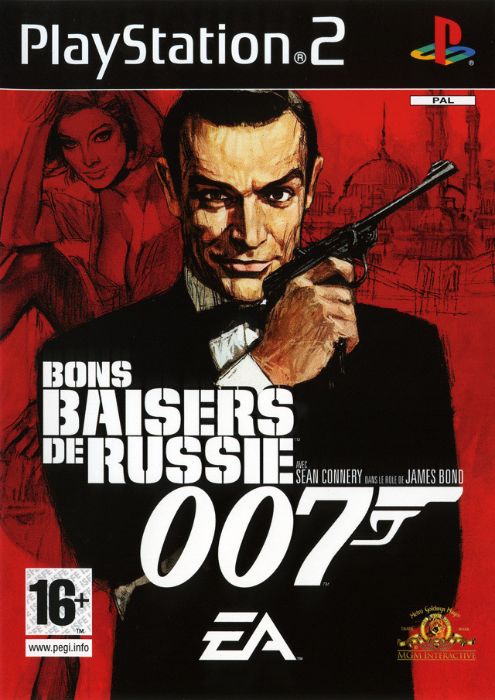 Building on 007: Everything or Nothing's range of strengths, 007: From Russia with Love is based on the 1963 film starring Sean Connery as James Bond. He is sent to Istanbul to acquire the Russian decoder machine known as the Lektor from a (supposedly) defecting Russian agent by the name of Tatiana Romanova. However, the Russians have no knowledge of this plan because it is a trap for James Bond created by the criminal organization known as Octopus. It is up to James Bond to seize the device and confront the dangerous assassin Red Grant and the ruthless Rosa Klebb.

In most of the 18 missions the player progresses through linear levels while shooting everything in sight. The player can lock onto an enemy at range and cycle between visible enemies, or focus in closer on a single enemy to make opportunistic targets appear, such as uncovered grenades or gaps in armor. Sometimes Bond can also use stealth or hand-to-hand combat, which are basically quick-time events where the player needs to press a displayed button in a limited time to dispatch a foe. Special tasks can be preformed with gadgets, e.g. the laser watch or a small remote controlled helicopter. This procedure gets spiced up with occasional driving or new jet pack sequences.

The player gets rewarded for certain actions with bonus points, e.g. succeeding in melee combat or searching containers. There are three different kind of points which unlock different things: bonus content like making of videos, bonus levels, and weapon upgrades. Every weapon and gadget can be upgraded in different areas, but only once.

To run the game with the "PCSX2" emulator, activate the "EE timing hack" patch from the software's emulation settings.
xavier79400, lul59, supermoi01 and 5 others reacted to this